In this featured interview, we take an in-depth look at latinos in tech, how to avoid social media anxiety, how to avoid burnout, dating in entrepreneurship and what it takes to date a boss.  Tetty Thomas is on a mission to make girls who code cool again and rewrite what it means to be a boss. On this episode of the Disrupt Podcast we talk to Tetty about everything from entrepreneurship, coding, latinos in tech and blasting female stereotypes. She shares what she has learned during her entrepreneurial journey and where she is going next. Follow Tetty on IG: @tettythomas

Related Topics:Featured
Up Next

Founder & Editor-In-Chief of Disrupt Magazine Anthony Delgado, is a Puerto Rican American software developer, businessman, activist and philanthropist. Delgado is also the host of the Disrupt Podcast where he interviews the most disruptive business owners, leaders and change makers in the world. Delgado is best known as the founder, and chief executive officer of The Disrupt Foundation, a social impact movement to grow Puerto Rico’s technology ecosystem and host of the semi-annual Disrupt Puerto Rico Conference. Delgado has also helped mentor thousands of students, all from the comfort of his home in San Juan, Puerto Rico. Marco Calamassi  is an Italian entrepreneur and founder of BrandsBuilder. BrandsBuilder helps influencers, web personalities, celebrities and media companies develop their own brand, product or service that speaks to their audience. It takes them from Brand Sponsorship to Building and Scaling their own brand.

What is your background ?

My background is in Business Management. But I’ve been involved with online commerce since I was 10, Ebay.com was just becoming a thing and while my friends were outside playing soccer, I was searching suppliers in China and order a full ship container of goods.

What was your first business venture ?

First “online” business I managed to setup was buying and selling sneakers. It was the early history of Ebay and online sales were starting to skyrocket, at the end of the past century. Economies were booming and consumerism was at its peak. I was 10 and making between 5 and 8k a month.

What was your first success story ?

A surprisingly successful business deal was the purchase of a full container of Jumping Stilts when I was like 12. When I saw the truck with the ship container arriving at my house, from China, made me “wow”. I was able to flip those Stilts for a 6x markup. For most athletes the next step after college is to head straight into the major leagues. Whether that is the NFL, the NBA, the MLB or even the NHL the journey to get to the next level is almost 90% of all collegiate player’s plans. They put their bodies on the line for those college years without the ability to earn a penny from their talents on the field. Getting to the next level is the common goal that makes all the hard work and sacrifices throughout college worth it.

Meet Justin Allen. He is a serial entrepreneur, but before all of that he was a nationally ranked linebacker at Cheyney University of Pennsylvania. He attended that college as a business management major which propelled him not to the NFL, but to be the owner of several companies. His biggest company to date is a fitness apparel clothing called “DA Method Apparel”. Since an early age Justin Allen knew he was going to be an entrepreneur. Although he had dreams of playing in the NFL, his vision of ownership eclipsed those thoughts. He went to share with me that entrepreneurship has always been apart of who he was. He came from a very driven, disciplined and hardworking background. His parents were hard workers so it was something that was always around him. Although as child, his job was always to focus on his education, his personal love for sports, work ethics of determination, dedication and follow through seemed to reveal itself in everything that he did. Whether it was in the classroom, church, the football field or just as a leader amongst his peers. When a strong foundation is built on those principles it becomes second nature to put your all into everything you touch. “The goal of DA Method is to be a lifestyle brand. The apparel is piece of a larger entity where the overall focus is to inspire and empower the whole individual to be the best that they can be, period. Being the best is more than physical, it’s mental, emotional and environmental” Justin says.

He believes in and stands by the principles of his brand Determinate Action – You as the determinate must put the method into action.

As a fellow entrepreneur there is always a turning point that puts us in a certain direction. Justin attributes his turning point to a time when he was working for another company and they asked him to either sell them his business or quit. It was then that he had to make a decision to make the safe and comfortable choice or go all in and bet on himself. Clearly he chose the latter. To date his company is growing into one of the fastest fitness apparel companies nationwide. DA Method Apparel is the lead sponsor for the American Basketball Association PG Valor basketball team. They are also sponsors for many athletes in mixed martial arts, professional wrestling and boxing.

Why Kaho Shibuya Was Born To Be An Entrepreneur Time is finite. Whether you accept this or not, one day your life on this planet will come to an end. While that is out of your control, what you make of this life is very much in your hands. For Kaho Shibuya, realizing this at a young age has changed the game for her and she wastes no time chasing her dreams and making a name for herself.

A cosplayer and writer from Tokyo, Kaho has an incredibly diverse resume of work experience and has always been active in pursuing what she is passionate about. After watching American wrestling shows as a high schooler, she did not just develop a passion for the industry, she went all in on immersing herself in American culture. In fact, she became completely fluent in English in college and majored in international communication. Post graduation, she spent time as a newspaper publisher and reporter, worked as a school teacher that focused on the English language, and even spent time in the adult film industry where she garnered a large audience that would help her YouTube and entertainment ventures take off rapidly.

At the moment, Kaho is fully invested in the entertainment industry, spending time as a DJ and appearing at anime conventions and meet and greets. In the coming months, she will be a voice actress on a brand new anime series that will be premiering. Her dedication to learning the English language has paid off in a major way as well, as she has been able to travel to the United States for anime conventions in Los Angeles and will be in Houston in July this year for another one.

While she started out as an office worker, her transition into entrepreneurship was a no brainer. She has always gravitated towards freelance work, and has always wanted to try new things that she would not be able to do at a desk job. While her experiences as a journalist were invaluable, she is able to work towards her passion every single day as an entrepreneur in the entertainment industry.

In Japan, agencies are extremely tough to work with, and take around half of its clients earnings before paying them. While Kaho used to suffer from a partnership with an agency, she has since grown her social media presence on Twitter and Instagram so much to the point where she has achieved independence and is able to take on clients that she is eager to work with rather than having to hit a certain number for her agency.

While she is still young, Kaho Shibuya is a force in the anime and entertainment industry and will only look to grow her personal brand both in Japan and internationally, and it will not be long before she is a household name in her homeland and countries worldwide. 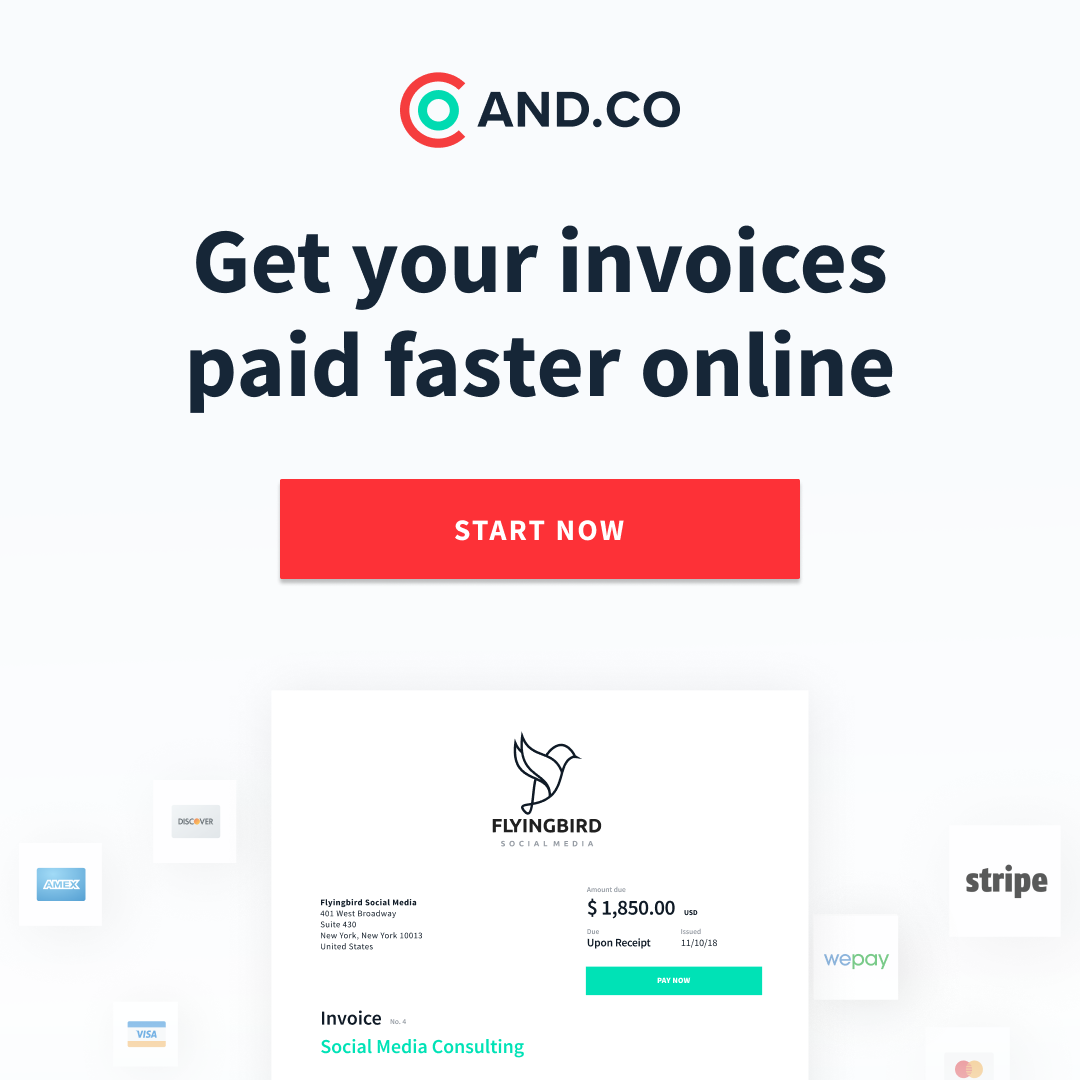 Tony Delgado sits down with Scott Tanker on the Breakfast with the Boss show to discuss how he started Disrupt... On this episode of the Disrupt Podcast, we have a live interview with John  Sonmez from The Bulldog Mindset! We... Elizabeth Sutton (b. 1989, New York, NY) is a millennial “mom-preneur” and visual artist and designer who has taken the...